William Mapp is a dedicated technologist at heart.  His passion for technology started an early age, and he’s been writing computer programs since he was 7 years old.  An Eastern Shore native, Will has pushed the envelope after graduating from Accomack County schools, and obtaining his degree in Computer Science from the University of Maryland Eastern Shore.  His technology experiences began at NASA and he continued his work building teams and solutions for a veritable Who’s Who of American technology and consulting firms including IBM and Lockheed Martin.

In 2006, he founded his first technology company, BA Systems, where he was instrumental in helping  build the data processing systems for the 2010 Census.  Will and his BA Systems team, helped design and construct systems that produced over 100 data products and processed 26 million records in an 8 hour daily periods.  As President of BA Systems, Will entered the company in the emerging RFID market and was one of the designers of the world’s first RFID enabled bookshelf, and architected McKesson Corporation’s nationwide chain of custody system.  BA Systems would go on to be recognized as a Maryland Top 100 MBE and receive awards from Diversity Business magazine.

After BA Systems, Will founded Studio Codeworks to return to mobile and big data processing. Under Will’s leadership, Studio Codeworks entered the video gaming market, and released the award winning game, DibDibs, and solidified partnerships with original content creators to bring their creations to the screen.  Studio’s engineering talent is also instrumental in places people don’t see; including tracking and protecting the assets of the 500 acres that make up the US Capitol complex, and killing germs and biological agents for Pfizer. Under Will’s leadership, Studio Codeworks has received a Maryland Governor’s citation, multiple Maryland Senate citations, and citations from Senators Barbara Mikulski and Ben Cardin.

Will has dedicated his life to helping people and making Technology for the Benefit of All Mankind.  At this time, he has architected software and systems that are running in more than 23 countries, and have impacted or have been used by 360 million people. His book, The Small Business Owners Guide to Technology is available from Amazon. You can find speaking and mentoring as well as volunteering on various boards such as the Maryland Technology Council. On Thursday mornings you can hear him live on as a technology analyst for First News 570 iHeart Radio, and as a technology analyst for Fox News Radio.  He was a radio personality for Baltimore’s WEAA, and has written for RFID Journal magazine and MoDev.

At the end of 2019, Will and his partners helped marshal the acquisition of Studio Codeworks by Qlarant, Inc.  This acquisition presents a great opportunity in which Qlarant and the Studio Codeworks team can help impact peoples live by making our Nation’s healthcare system more resilient against fraud and abuse.

Will continues to write programs, tinker, and learn new technologies on his down time, but is an accomplished photographer.  He is a competent archer, and enjoys range time with Anne Arundel Archers.  His curiosity keeps him going and he has flown a Cessna, and wants to learn how to SCUBA dive. 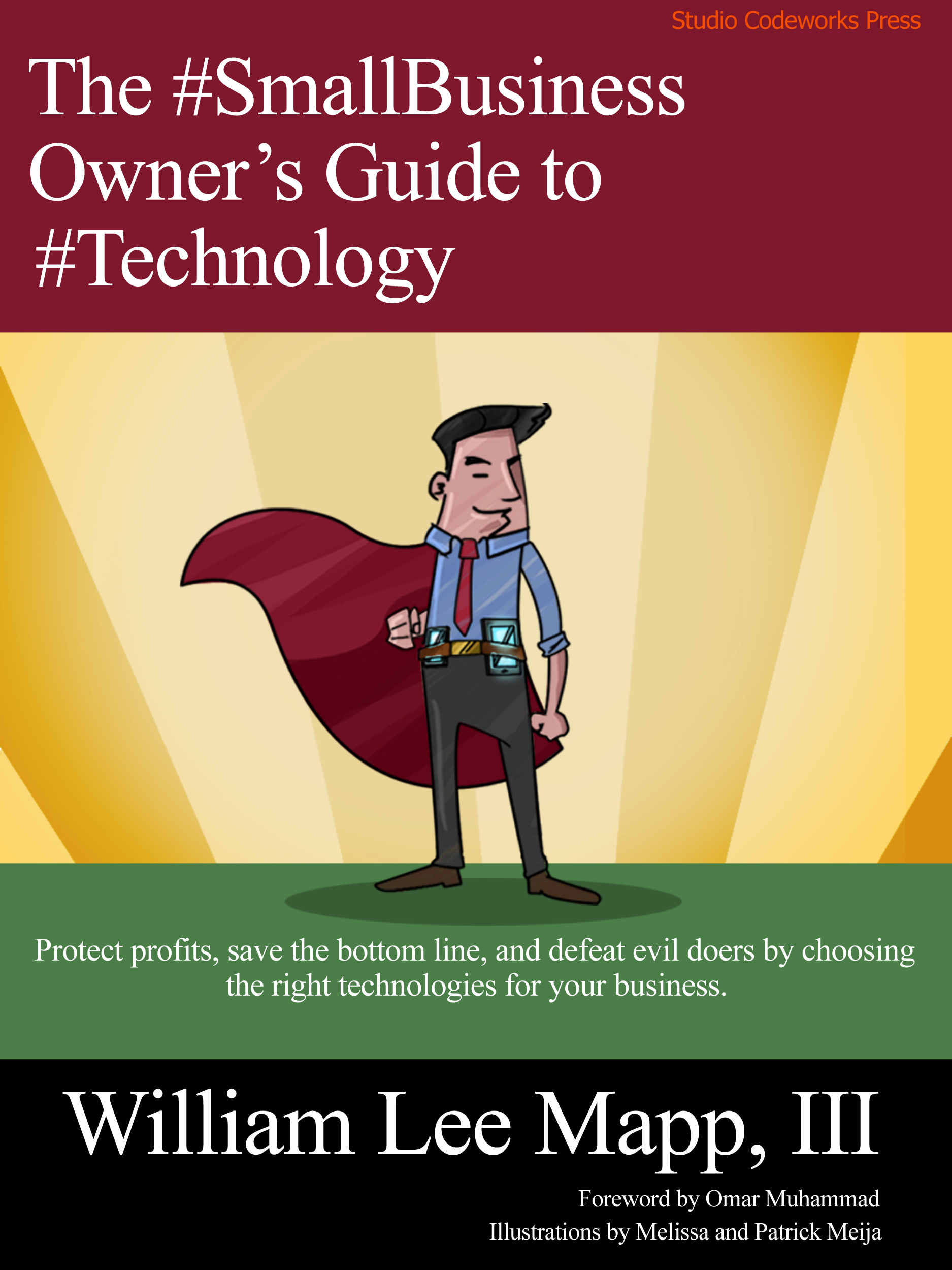 Protect profits, save the bottom line, and defeat evil doers by choosing the right technologies for your business.

Looking to build the next hot product? Need technology guidance? Connect with Will, and let's figure it out.

LET's GET STARTED AND

MAKE TECHNOLOGY WORK FOR YOU